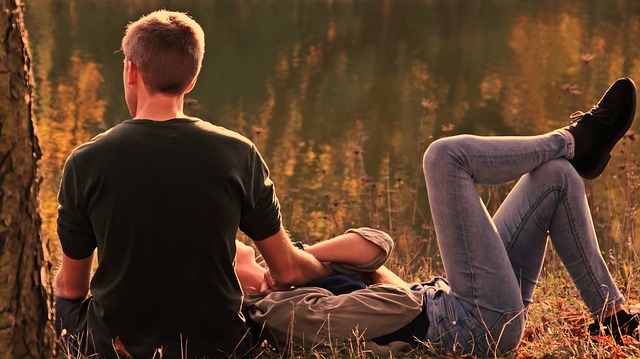 Feeling Stressed? Simply just thinking about your partner may help 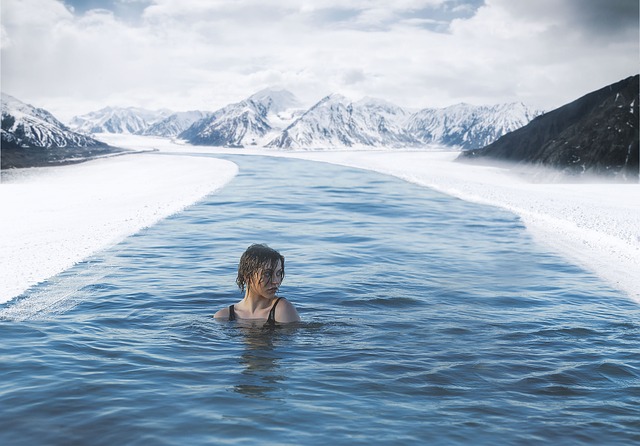 Summary: According to a recently published study on how stress is affected when in the presence of, or thinking about your romantic partner, it helps to be in love.

In the recent study, published in the journal, Psychophysiology, 102 participants were required to complete a task that will add stress to them – getting into really cold water. Blood pressure, heart rate and heart rate variability before, during and after was measured and each participant was randomly assigned one of the following three scenarios during the task:

Heart rate and heart rate variability did not vary between the three groups but blood pressure was affected. The participants who had their partner present or who were thinking about their partner while in the cold water had a lower blood pressure than those thinking about their day. “This suggests that one way being in a romantic relationship might support people’s health is through allowing people to better cope with stress and lower levels of cardiovascular reactivity to stress across the day,” University of Arizona psychology doctoral student, Kyle Bourassa, said. “And it appears that thinking of your partner as a source of support can be just as powerful as actually having them present.”

“Life is full of stress, and one critical way we can manage this stress is through our relationships – either with our partner directly or by calling on a mental image of that person,” according to Bourassa. “There are many situations, including at work, with school exams or even during medical procedures, where we would benefit from limiting our degree of blood pressure reactivity, and these findings suggest that a relational approach to doing so can be quite powerful.” 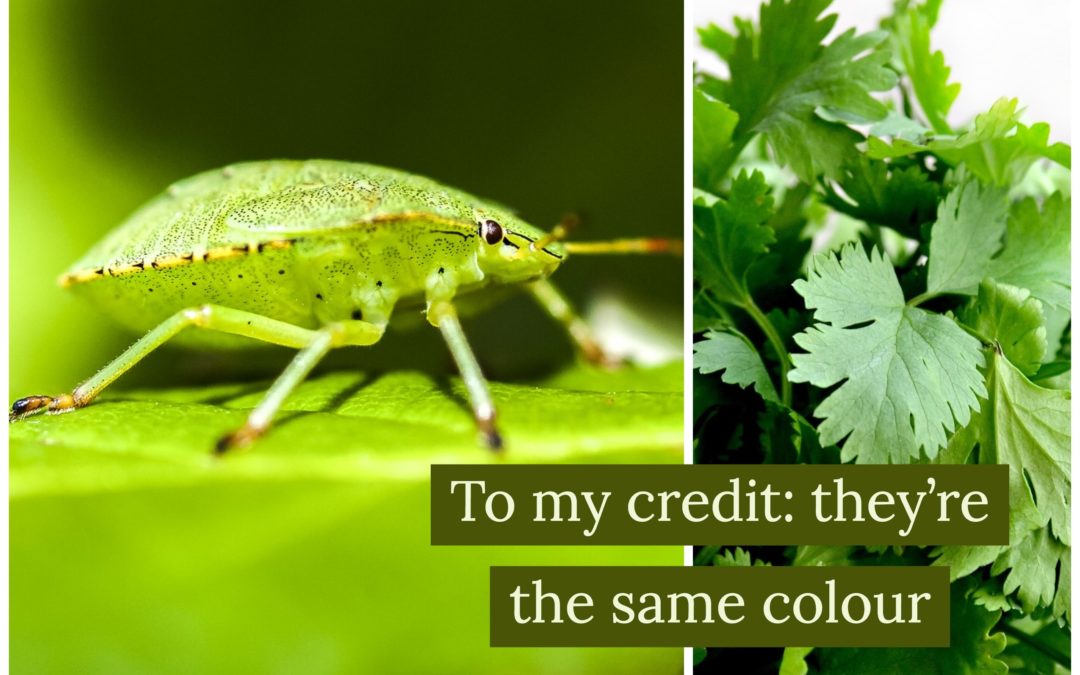 What does cilantro (coriander), stink bugs and bubble gum have to do with floating

FEAR. It is a contagious force that grows and spreads through spoken words. It will rob us of our potential and leave us missing out. What we speak will define our reality.

My older brother has always been a prankster. When I was a little boy he gave me a squashed green stink bug and said: “here you go, its bubble gum…” Of course 3 year-old me thanked him, put it in my mouth and started to chew.

Have you ever tasted a stink bug? I’m sure you’ve smelled one. It tastes exactly how you could imagine: disgusting. 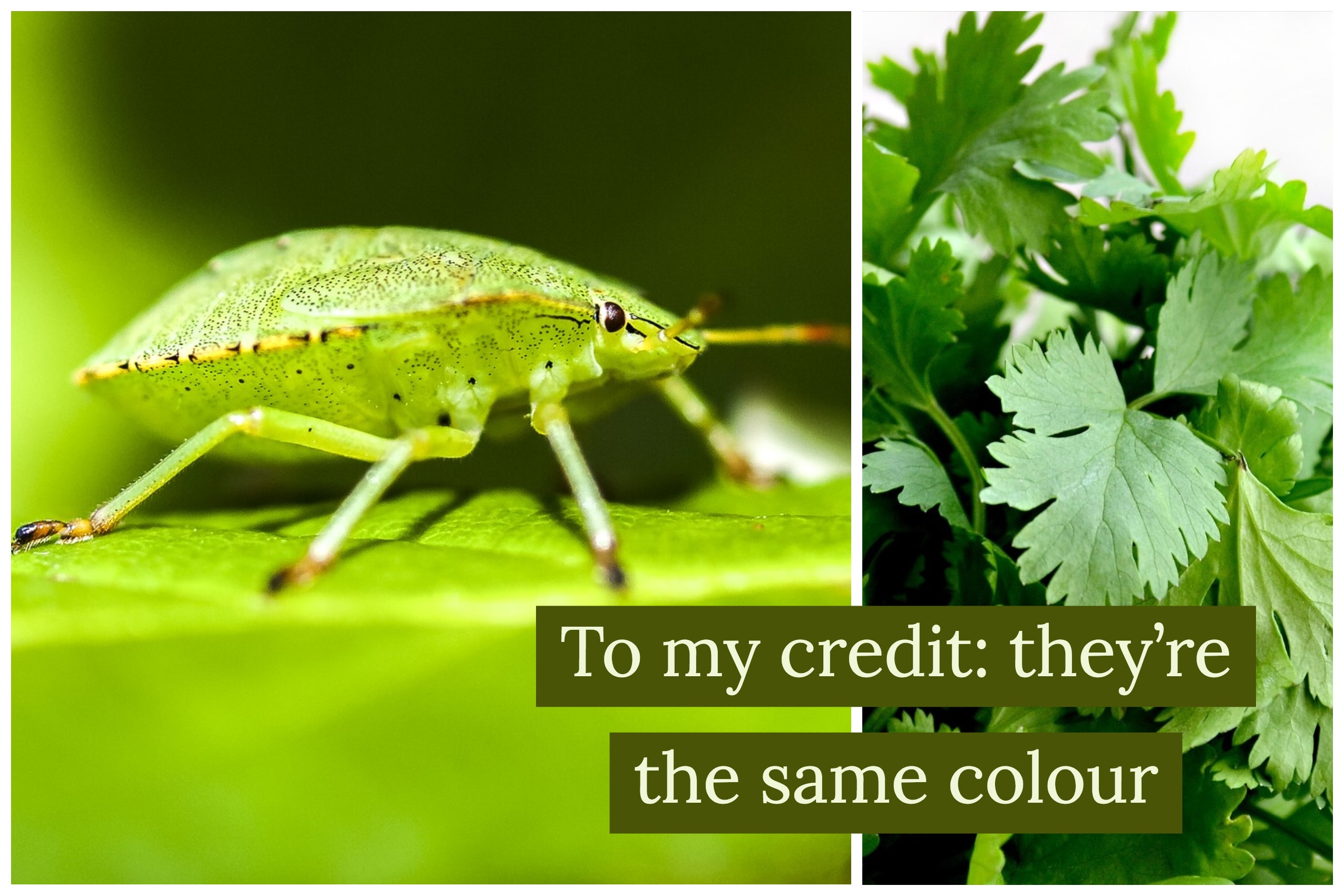 A Stink Bug
next to cilantro… They have a few thinks in common
Our brains can recall memories associated with smells and tastes in a very powerful way. It wasn’t until years later, in my early 20s, that I first tasted cilantro leaves (or coriander here in NZ). After my first taste, my brain made an instantaneous connection with my stink bug episode at age 3 and I was immediately grossed out. Cilantro was my least favourite taste ever and I said: “I could NEVER eat that again!” But I had a dilemma… I had a theory back then that we choose what we like and don’t like and this was now my chance to truly put that theory to the test.

“I had to change my thinking. I had to undo the series of neural pathways associated with that first experience.”

I had to change my thinking. I had to undo the series of neural pathways associated with that first experience. I needed to rebuild new and other ways of thinking about the same topic but from a different perspective. It wasn’t easy but with persistence, intentionality, and practice it worked. The second time I tried cilantro was also terrible but the win was that I tried it again. The third time was easier and eventually I, like millions of other people on this planet, got to enjoy cilantro. In fact, it has become one of my favourite spices to cook with. Cilantro with freshly chopped ginger, onions and a bit of olive oil with butter over the stove in the pan: divine! 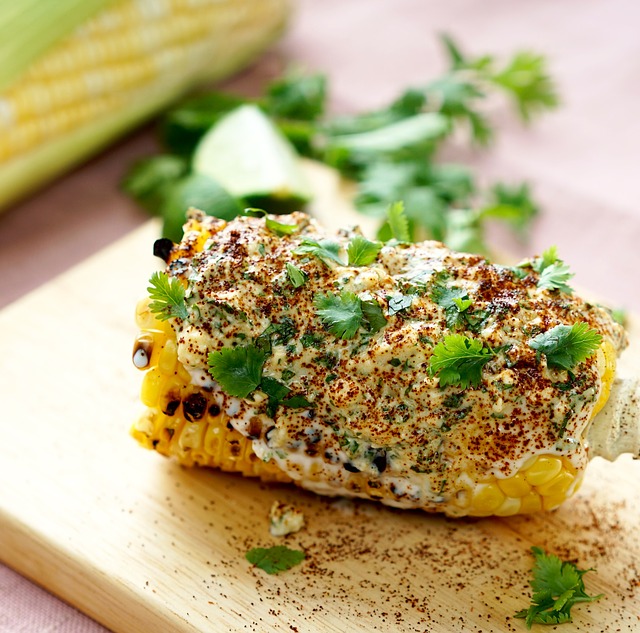 Cilantro and corn…
You have got to try this!
One of the biggest reservations I hear from people regarding floating involves claustrophobia. “I could NEVER get into one of those” they say as they transfer that fear onto another person. We see people with severe anxiety disorders and I can say, from personal experience, that when someone says “I could never…” they are sadly wrong. Our clients who are working through building new ways of thinking would say the same: They are simply wrong. You can if you decide to. You are not stuck in fear forever and if you want, you can be set free from your anxiety. 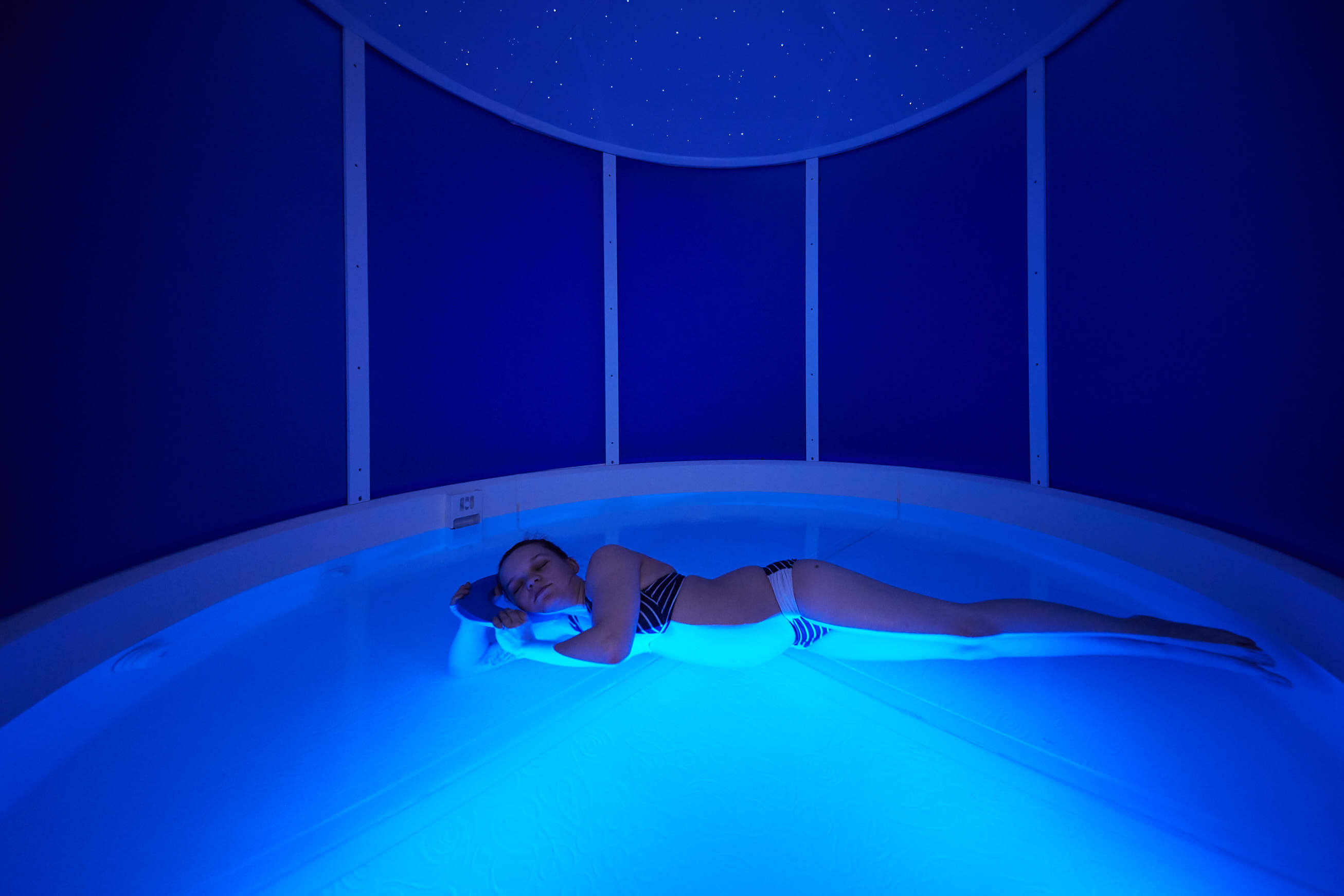 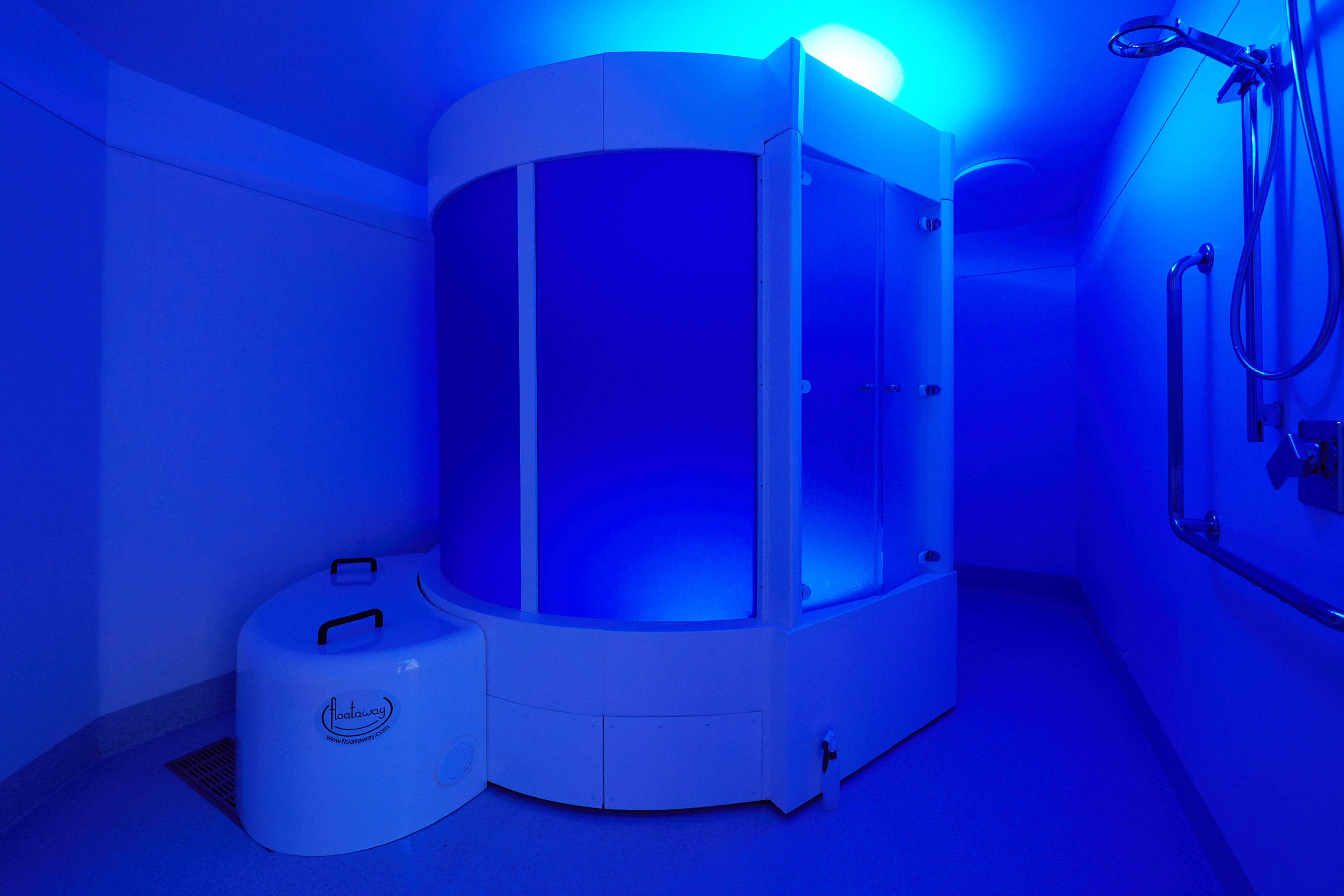 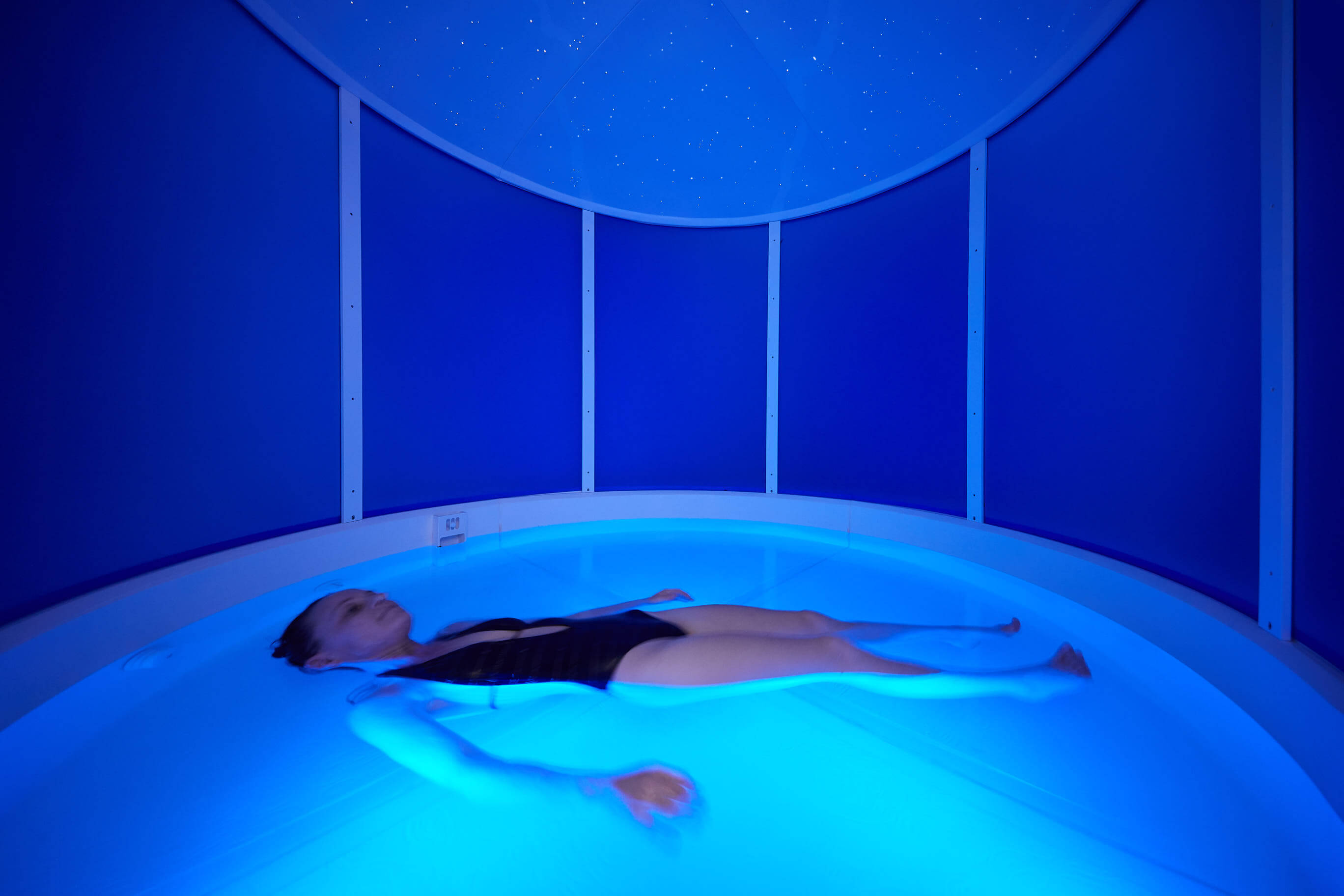 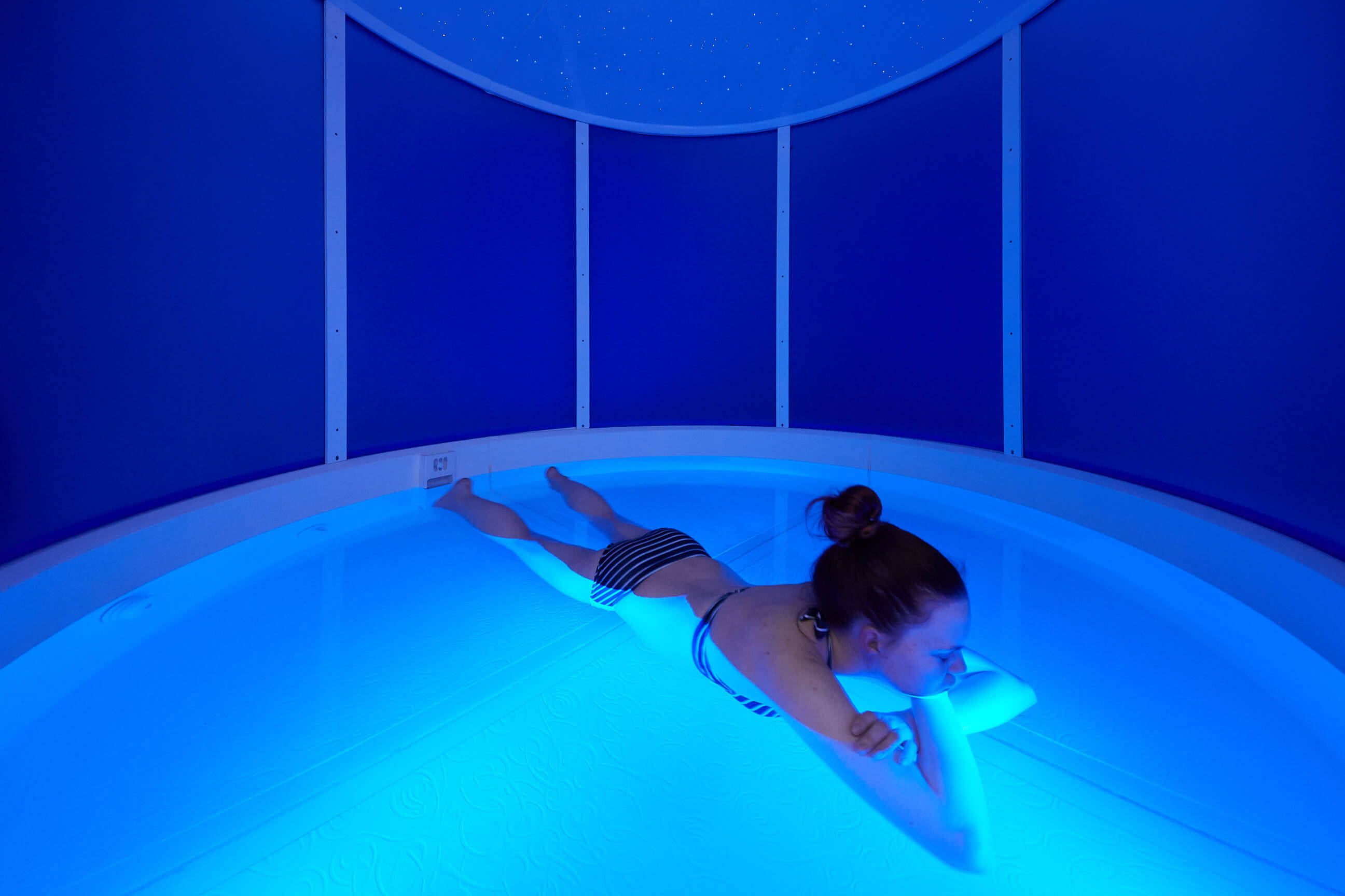 One of our float cabins, the Floataround, was purpose built for people suffering with anxiety. It is spacious, beautiful and has light and music options. You are in full control of your environment. It even has star lights in the ceiling that you get to turn on or off. For those of you who read my post about my claustrophobia, you’ll know that the Floataround was the tank that had me calm my nerves and it wasn’t until I went in the Tranquility pod that I was really making strides. The Tranquility is now my favourite tank out of all the float tanks I have ever been in. I still get a bit anxious, especially in very large crowds, but I no longer say “I could NEVER…” Life’s too amazing to miss out because of narrow/untrue thinking. 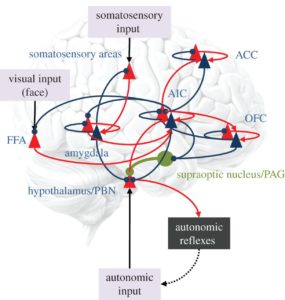 Why is Floating such a powerful therapy?

One word: Interoception. Google it. It is our brain’s ability to sense what is going on inside of our bodies. Research has shown that an increase in interoception can lead to higher levels of resilience and abilities to cope with stress as well as many other disorders (anxiety, addictions, insomnia, autism etc.). The problem is, we don’t take enough time to slow down and “listen” to how we’re actually doing inside.

Floating has a profound effect on increasing interoception because you are in an environment where many of your external senses are minimised (sound, gravity, light etc.) giving the brain a heightened sensory enhancement of interoception. Traditionally the therapy used to be called “Sensory Deprivation” but researchers such as Dr. Justin Feinstein and Dr. Sahib Khalsa argue that is should rather be called “Sensory Enhancement”

It is really important that you choose a float clinic that has intentionally designed an environment where your exteroception is minimised to enhance interoception. Are the rooms soundproof? Is there light coming through the ceiling or doors? Do you feel the water’s temperature? These are good question to know whether you are giving your brain the optimal environment to take your mind into an enhanced interoceptive state. If you are distracted by noises coming through the door or you are feeling hot, cold, stuffy (too much humidity – not enough fresh airflow) or there’s light coming from somewhere, there’s a strong chance that you won’t receive the many benefits that come with increased interoception.

When building our Hamilton float clinic, we made sure that we do not cut corners on soundproofing, temperature, humidity control, water quality and light penetration. Our float tanks are developed by the leading clinical float research and manufacturing company, Floataway from the UK so you can rest assured while you float your stress away… 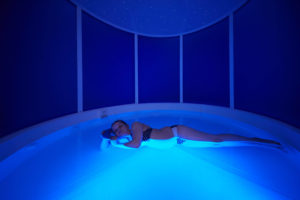